We are only 3 episodes into LEGO Masters this year and not only is it a huge rating success it's got to be the most positive show on the planet. That says a lot about LEGO as a brand and as a toy.

I've played with the product since I was a kid and when I wasn't playing LEGO I was playing Nintendo, so it was a really big surprise when the two joined forces to make the Lego Super Mario playsets last year.

Well, this year they are back and they have gone next level by creating a playset based on Mario's green overalled brother Luigi. 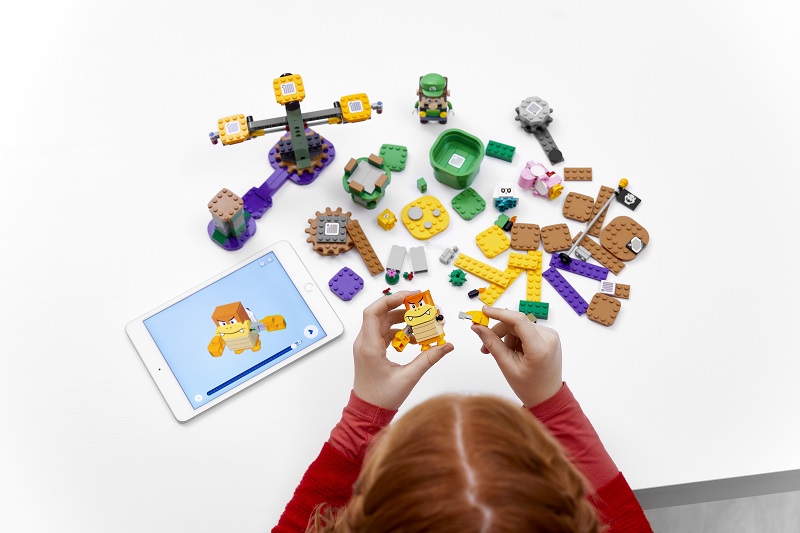 Both Starter Courses offer you nearly limitless ways to expand, rebuild, customise and create your own action-packed challenges in a highly interactive experience with LEGO Mario or LEGO Luigi.

The secret behind the playset is without a doubt the technology that is built into the main character. Luigi. A colour sensor, LCD screen to display all the different reactions to movement, and a speaker that plays iconic sounds and music from the Super Mario video game series. It's that technology that is just incredible and flawless in use and just when you think you've seen it all a new sound or image pops out. Remember to keep firmware updated regularly though, and for that, you will need a fair bit of time, it does it all automatically but is a long install.

Design-wise Luigi is a carbon copy of his brother Mario (except green) which is how the brothers appeared in their 8-bit original form before evolving in later video games. Luigi ended up losing the "twin" look and grew taller and skinnier. I had hoped that the new LEGO version was in line with the new look, but it does fit with the history, so we'll let it pass.

The product is designed for kids aged 6 and up and the idea is to build your course and move the character through it collecting coins by interacting with the environment and the other characters. In this new set your also get a Pink Yoshi, Boom Boom and a Bone Goomba

Like we have seen with recent additions like LEGO Vidiyo, Apps are a big part of what LEGO is doing now.

You can find apps that hold the instructions for many types of LEGO sets from over the years and of course a unique Mario app that can be used with your LEGO login which is secure and safe for kids.

As you collect more sets you can add them to your virtual world. It's here that you will also build along with the easy to follow instructions that will also give you options to interact so you can learn to play. At the end of the day though, it's LEGO so the options of play are really up to the imagination of the person using it. 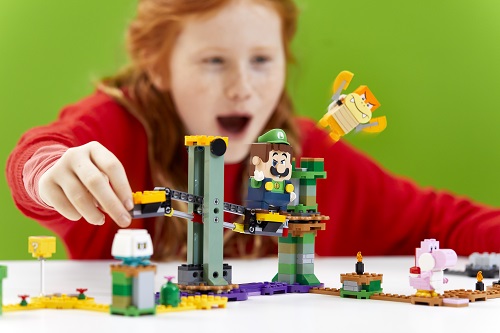 The 280-piece Adventures with Luigi Starter Course can be built, rebuilt and combined with all other LEGO Super Mario sets in many fun ways to create new LEGO Super Mario worlds and continue enjoying them indefinitely.

This new set will be available from August 1st and is available for preorder now. Collectors will love it, but don't let it collect dust on a shelf, get in there and play with it. That's what LEGO is all about.

Who knows, you could be the next LEGO Master?

DoccyDarko - Catch up with the latest Tech & Gaming News Tuesday, Wednesday and Friday nights on the Random 30 Countdown