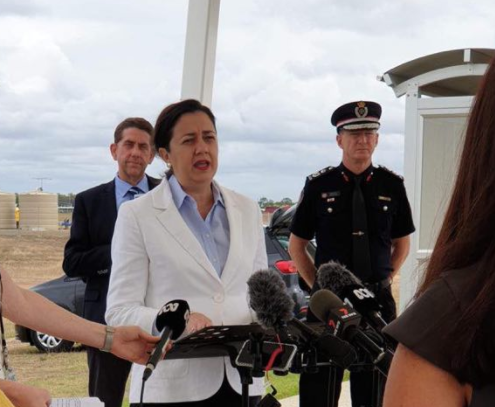 A 10,000 litre water bomber has arrived in Bundaberg ahead of the 2020 bush fire season.

Queensland has leased Canadian plane as part of a $15 million deal over five years, meaning the state will no longer have to borrow one from New South.

"Last year's bushfires were unprecedented with 7.7 million hectares scorched across the state, destroying homes and businesses," the Premier said.

"I want to welcome the aircraft and crew to its new Bundaberg base and for joining our emergency response team to protect Queenslanders."

Treasurer and Minister responsible for the Queensland Reconstruction Authority said $40,000 would also be spent installing critical water and electrical infrastructure for the LAT at its new Bundy base.

"The water supply will fill foam/retardant mixing tanks from which the Large Air Tanker is filled and the electrical supply will service a demountable base office," he said.