Boat rescued after taking on water 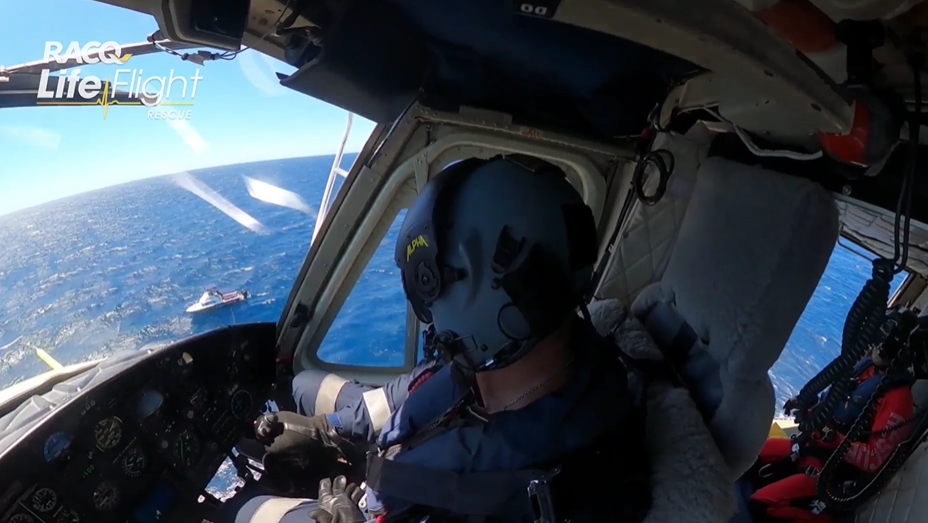 A stranded skipper and two passengers have been rescued after their vessel ran into trouble north east of Bundaberg.

The crew activated their emergency beacon after the boat's motor malfunctioned and it began taking on water on Sunday.

The Bundaberg-based RACQ LifeFlight Rescue Helicopter says they flew to the scene after being tasked by the Australian Maritime Safety Authority after it happened around midday on Sunday.

"The vessel was quickly located, north east of Bundaberg, after AMSA provided the coordinates of the beacon, to the rescue chopper crew," the spokesperson says.

"Once overhead, the crew lowered a two-way radio to the boat so they could communicate with the skipper.

"The skipper told the crew, that he had two passengers on board and the boat had been taking on water, after the motor stopped working. "

The skipper had managed to stop the leak though still needed a tow back to shore by the local Volunteer Marine Rescue.