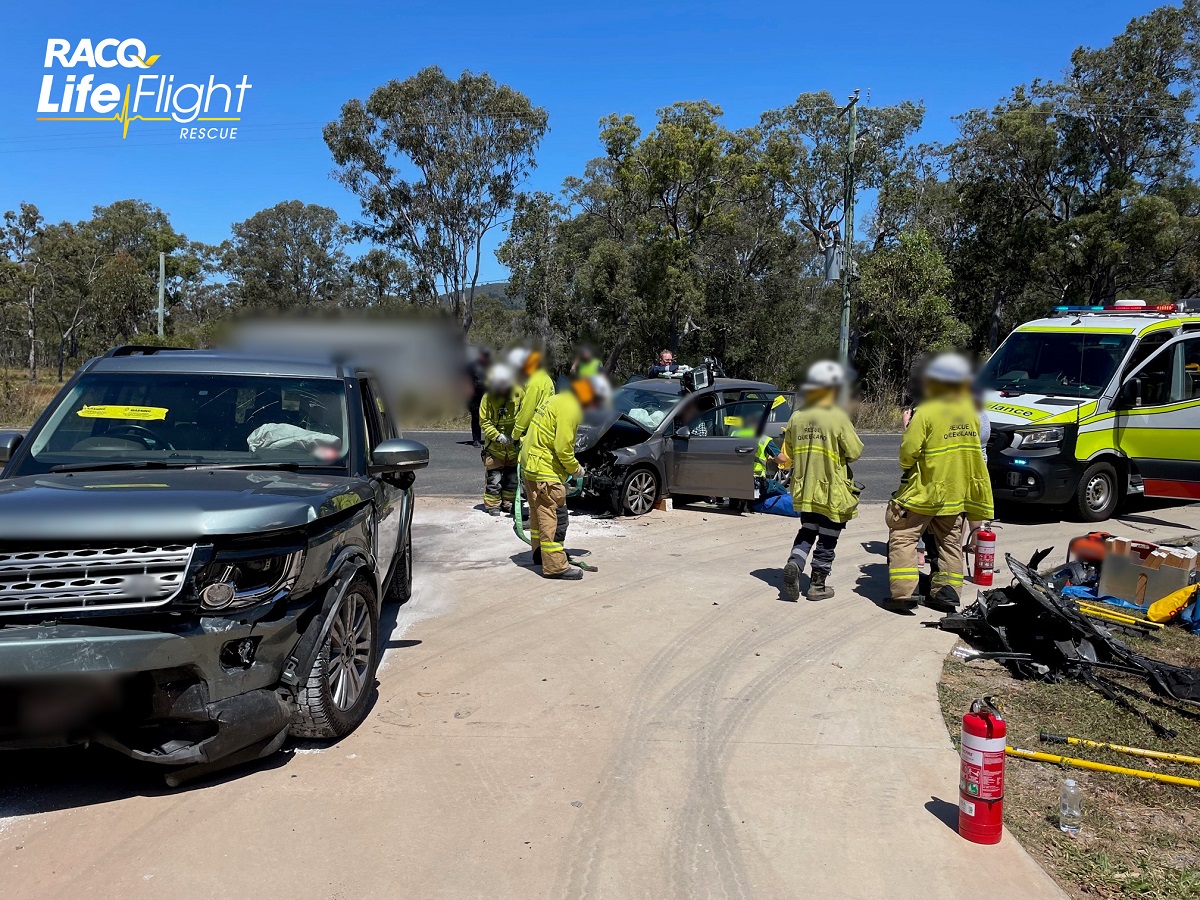 Six people including a child have been rushed to hospital after a serious head-on crash at Agnes Water.

Just before 11am today, a four-wheel drive collided head-on with a hatchback at the corner of Bicentennial Dr and Round Hill Rd.

Paramedics attended the scene and 10 patients were assessed for injuries.

A Queensland Ambulance Service spokeswoman confirmed a woman, in her 50s, suffered pelvic and chest injuries and was flown to Bundaberg Hospital in a serious but stable condition.

Two other patients, a female child with leg injuries and a woman in her 50s with chest injuries were taken to Gladstone Hospital.

Three other patients were taken by road to Bundaberg Hospital in a stable condition.

The Bundaberg-based RACQ LifeFlight Rescue helicopter pilot was able to land the aircraft on a stretch of road, which had been closed by police.