Queenslanders treated to optical phenomenon in the sky 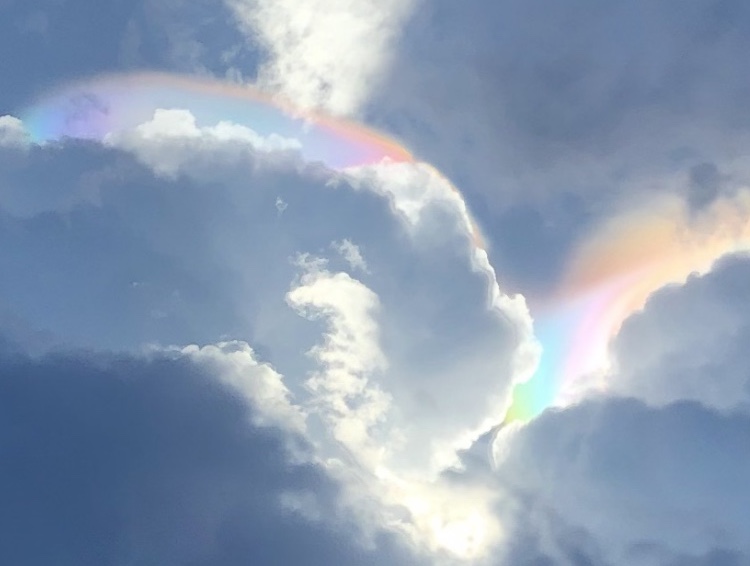 Seeing a normal rainbow is pretty common, but some lucky North Queenslanders are actually spotting rainbow clouds in the sky.

Called iridescent clouds, the optical phenomenon leaves halos and rainbows around them, if the sun is at the right angle.

A happy snapper who took the images shown was a passenger in a car travelling between Ingham and Innisfail, when they caught sight of the sun piercing through the clouds. 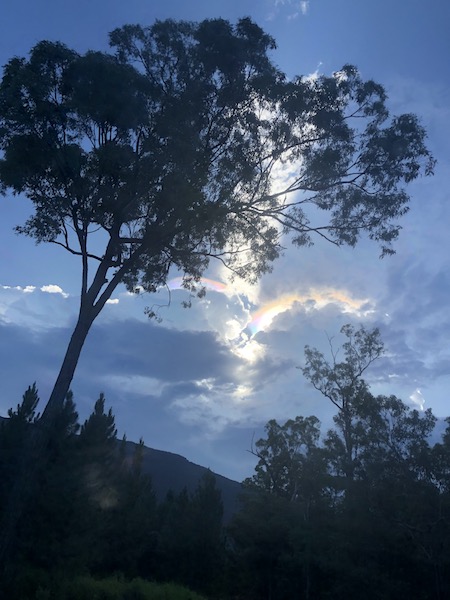 Meteorologist Helen Reid says while iridescent clouds are not necessarily rare, people need to be watching the sky at just the right time to see one.

She explains, like a rainbow, they are caused by sunlight passing through the clouds and interacting with particles.

“When it’s [the sun] coming down straight through the clouds, it’s usually too bright and you just see the bright white [clouds],” Ms Reid says.

“Quite often later in the day, or in the morning when the sun’s a bit lower on the horizon, that’s when you do get that beautiful effect through the clouds there.”

Ms Reid says in this case, tiny ice crystals or water droplets are causing the light to spread out, which creates the rainbow-like effect in the clouds.

“If you’re looking at it at the right time and the right angle, you get a beautiful show.”