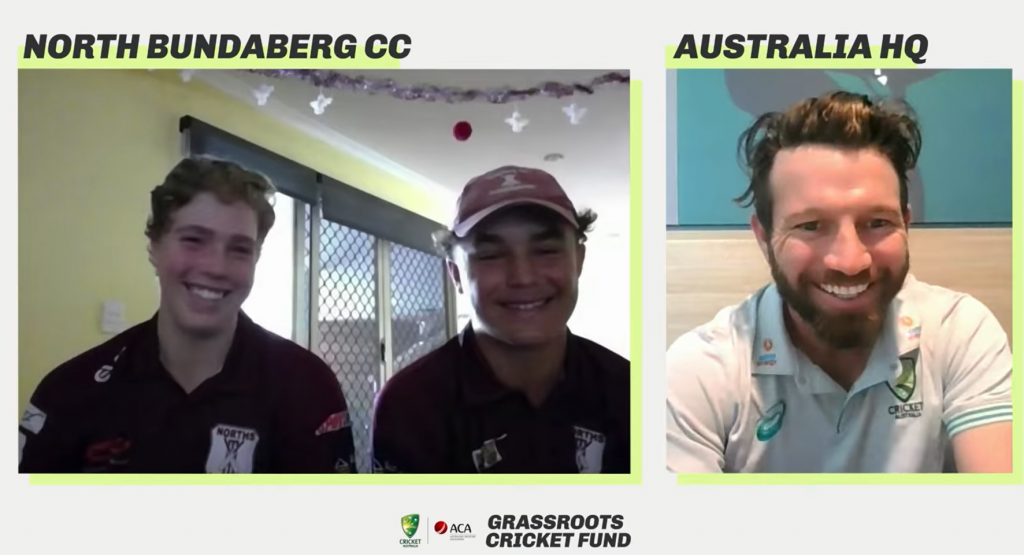 Two North Bundaberg Cricket Club players have been left starstruck, receiving a call from Australian Cricket bowler Michael Neser with some good news for the club.

The local cricket organisation has secured funding through Cricket Australia's Grassroots Cricket Fund, with thousands of dollars going towards upgrading its facilities.

Teenagers Matthew Parker and Ned Jenner were told they would be chatting with a Cricket Australia representative on Zoom, when Neser appeared on the screen.

"He said we've got a surprise and Michael Neser jumped on, we saw his face pop up and it was a bit of a surprise - a really good surprise," Matthew says.

"He's been twelfth for Australia for a long time and it was good because he's been working so hard for it and I really admire that about him, his work ethic, and I try and strive to be like him in that respect."

Matthew explains the funding will go towards a number of things at the club, including to build a new girls changing room.

"We're going to be able to build a new change room so some of the new girl players in the club are able to get changed and go to the toilet, and be a bit more comfortable," he says.

"We'll be able to get new gear and update the nets and stuff, and without that money we probably wouldn't be able to do those things."