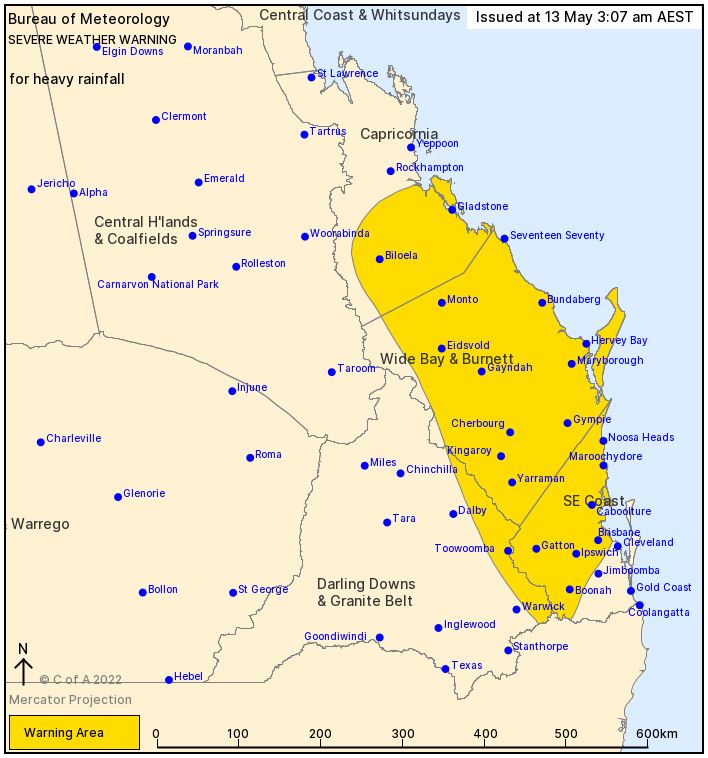 More heavy rainfall could be on the way for Bundaberg, with a severe weather warning in place for Capricornia region right down to the south-east.

It comes after areas such as Captain Creek were hit with 132 millimetres of rain in just six hours.

A warning from the Bureau of Meteorology says heavy rainfall will become more widespread, expected to extent slowly southwards today.

"Six-hourly rainfall totals between 100mm to 160mm are possible," the warning says.

"Locally intense rainfall which may lead to dangerous and life-threatening flash flooding is possible with thunderstorms.

"A separate Severe Thunderstorm Warning will be issued if very dangerous thunderstorms with intense rainfall are detected."

A number of locations may be affected, including Hervey Bay, Maryborough and Bundaberg.

You can find the latest updates at http://www.bom.gov.au/qld/warnings/