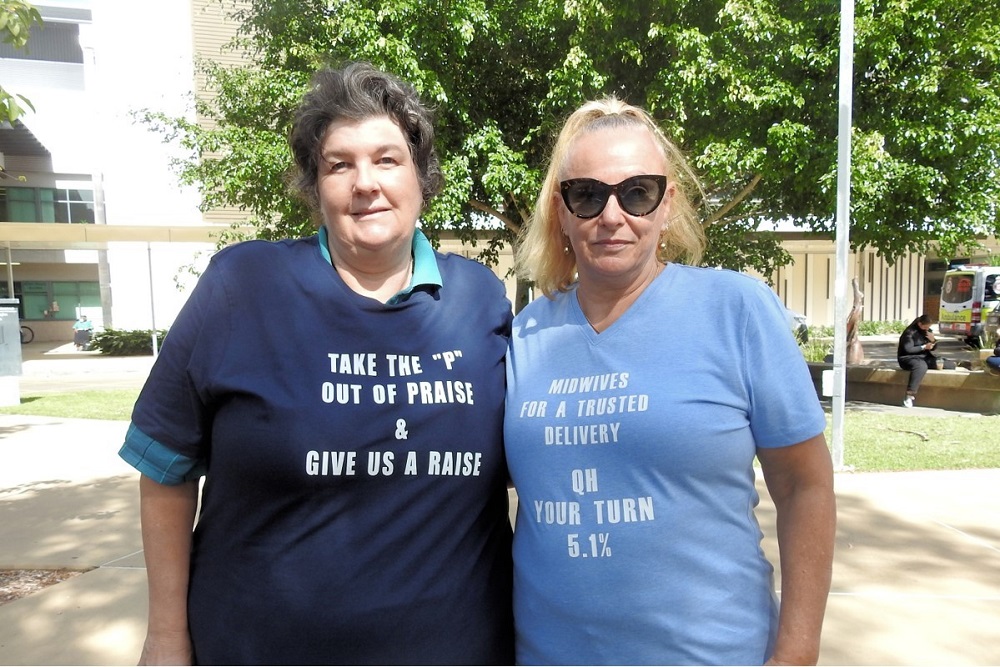 Local nurses and midwives are anxiously waiting to see if today's budget will deliver a wage boost.

Staff rallied outside the Bundaberg Hospital on Monday, calling for a 5.1 per cent increase.

The Queensland Government has agreed to a 2.5 per cent rise but union members say more is needed to address the rising cost of living.

“Queensland nurses and midwives have and continue to work extremely hard to keep Queenslanders safe while the system strains under intense pressure,” Ms Veach says.

“Queensland Health nurses and midwives deserve a 5.1% pay increase that meets the rising cost of living, not the 2.5% included in the state government’s wages offer."

The QNMU is negotiating a new enterprise agreement.

A survey of the organisation's members found workers were performing, on average, $11,000 of unpaid overtime over 12 months.