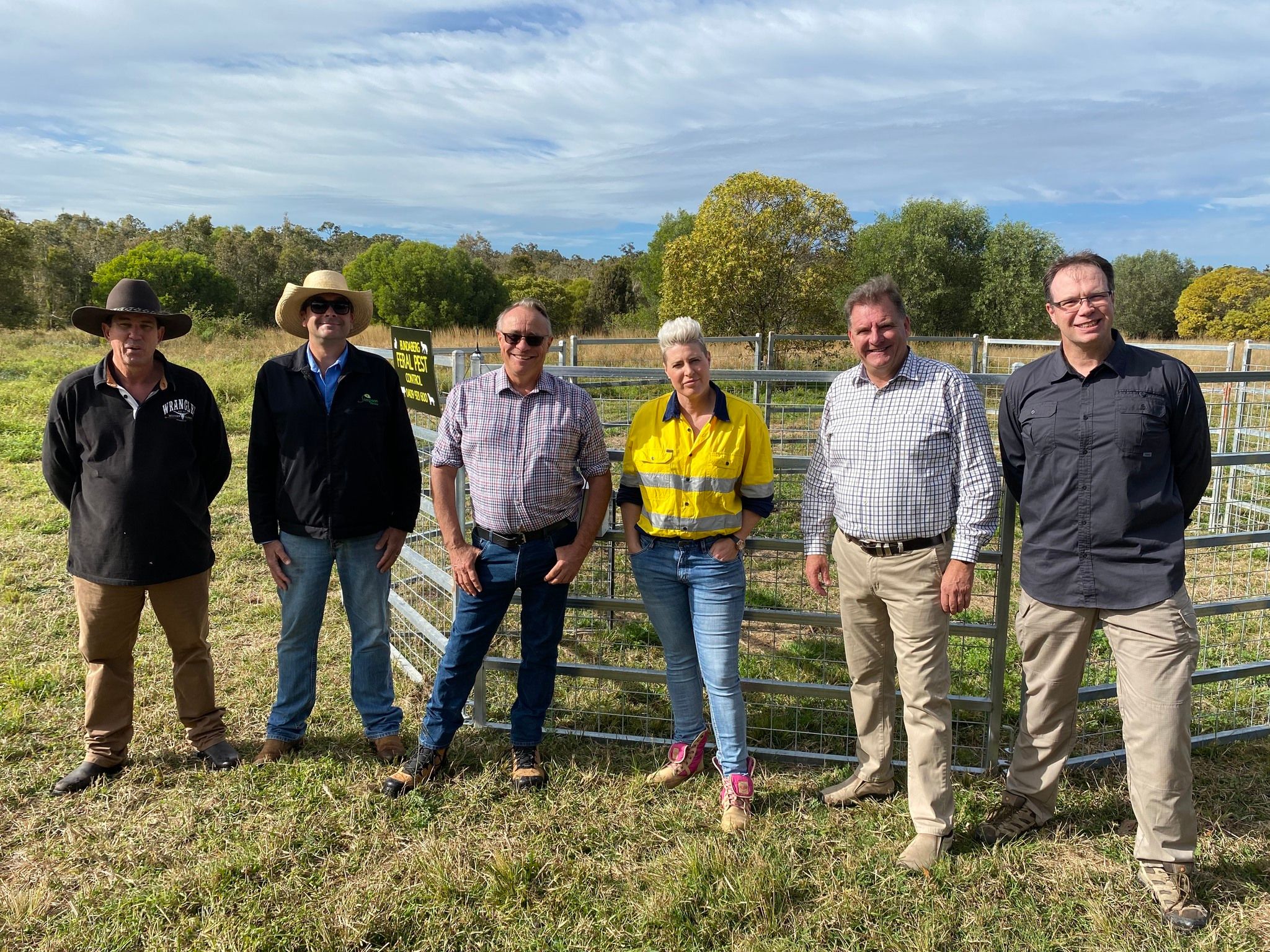 Numbers have "exploded" in the past year because of the rain creating more food sources.

Landholders say the issue is controllable at the moment, but it could get out of hand without funding and intervention from the Queensland Government.

Member for Burnett Stephen Bennett says now is the time to act.

“We’re hearing of cases where pigs have cost producers upward of $80,000 in damages to trees, irrigation, and crops,” he says.

“Wild pigs are among Queensland's most widespread and damaging pest animals.

“Growers are spending tens of thousands of dollars in an attempt to manage this problem, only to see it move onto the next farm," she says.

“We therefore need a coordinated approach and are calling on State Government to assist to ensure our produces, who invest millions of dollars into the local economy, are not losing out.”

“Over the past nine months we have been helping local farmers by building feral pig traps, placing them on their farms, supplying the grain as bait, and servicing the traps for them,” he says.

"We were doing this as a free service to help them with this fast-growing destructive problem.

“Unfortunately, after spending about $30,000 of our own money and with no government funding available we have to stop supplying this free service.

“Due to the raising costs, we will now have to charge a fee for this service.

“We would love to see government funding become available to help farmers curb this massive problem that is just getting bigger.

The State's Agricultural Minister Mark Furner says the government is working with landholders on solutions.

"Our $1 million commitment to the Queensland feral pest initiative in the state budget is so important," he says.