All you need to know about the 2022 Oscars 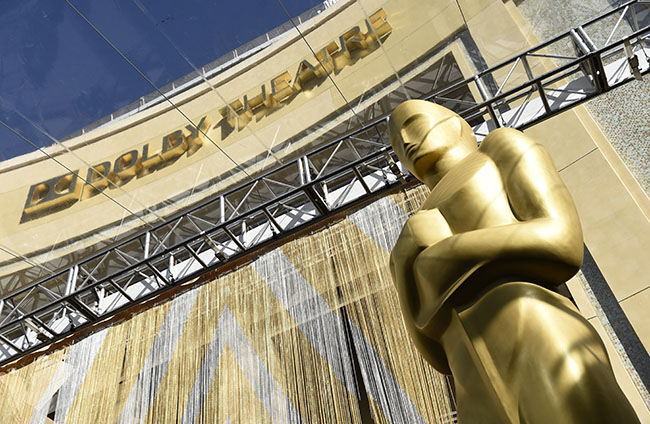 Final preparations are underway for the 94th Academy Awards and a long awaited return to Hollywood glamour after a muted ceremony and ratings low in 2021.

Here's everything you need to know about the 2022 Oscars, including who is expected to win and what the big controversies are this year.

WHEN ARE THE OSCARS?

The Oscars will be held on Sunday, March 27, at the Dolby Theatre in Los Angeles.

The ceremony is set to begin at 11am on Monday, March 28 AEDT, with live coverage in Australia on Channel 7.

Regina Hall, Amy Schumer and Wanda Sykes are taking the stage to co-host the ceremony, which has been without an MC for the past three years.

Get your popcorn ready for Hollywood's biggest night! 🍿💫 Catch the #Oscars hosted by @MoreReginaHall, @amyschumer, and @iamwandasykes LIVE Sunday, March 27 on ABC! pic.twitter.com/lWut2M4mgt

On Wednesday the academy squashed one pre-show controversy by confirming West Side Story star Rachel Zegler will be a presenter, a reversal that came after several days of uproar when the actor noted on social media she did not have an Oscar invite.

Venus and Serena Williams have just been announced as presenters at the 2022 #Oscars.

— Do you believe they will be responsible for introducing Beyoncé's performance? pic.twitter.com/9kI62n6L9A

WHICH MOVIES ARE NOMINATED FOR BEST PICTURE IN 2022?

The 10 movies competing for best picture this year are:

WHAT ARE THE PREDICTIONS FOR THE WINNERS ON OSCAR NIGHT?

The Power of the Dog is the presumed frontrunner for best picture and best director, for New Zealander Jane Campion, but there is also the possibility CODA will take best picture, especially after it won at the Producer's Guild Awards.

Either way, it would be the first time a streaming service has won best picture.

WHAT ELSE CAN WE EXPECT?

Organisers have promised they will keep the broadcast to three hours.

"The show will flow, not unlike a movie, in that there will be different themes and a different feel and different energy throughout the night," Producer Will Packer said in an interview with IndieWire.

"It will not feel or look or sound like one show for three hours. It's taking you through the course of this cinematic journey."

Introducing this year’s Original Song nominees and performers for the 94th #Oscars. pic.twitter.com/ix09lxge8x

Beyoncé finally to return to the stage on Sunday at the #Oscars after 5 YEARS of not performing on an award show!!!! pic.twitter.com/n0tTShrHnB

ARE THERE ANY CONTROVERSIES THIS YEAR?

The Oscars are so high profile that every year someone is upset about something, especially when changes are involved. But this year the biggest controversy is over the decision to present some awards before the live broadcast begins and edit them into the show later.

The eight awards are for shorts (live action, animated and documentary), editing, score, hair and makeup, sound and production design.

The decision has its defenders, but also an army of high-profile detractors, including Campion, Steven Spielberg, Chastain and Penelope Cruz.